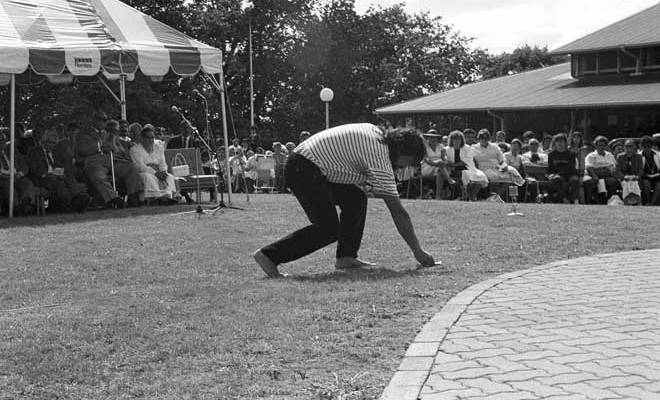 For those who spend time in the intersection of the Pākehā world and the Māori world, you will have been asked at least at one point or another about koha. Often it is asked with a deep concern to not offend anyone: how much should we take for the koha? Pithy responses like “whatever you think is appropriate” or “something that reflects your appreciation of the place and the people” draw expressions of concern and suspicion.

Koha, the Gift, is the foundation of the indigenous experience and world view. Our customs, lore, and systems reflect this world view. Marcel Mauss (The Gift, 1923) calls this a gift economy. The gift economy was the operative economy at the time of encounter and reflects a real economic alternative to our current political economy (capitalism), an alternative that is committed to appropriate and advised use of power. A holistic and reciprocating world view like that of our ancestors here in Aotearoa New Zealand requires a holistic and reciprocating social and economic structure that is “raised to the position of a principle of justice” (Mauss; 23-4).

By contrast the current and historical capitalist economy is a cannibalistic mix of ethnocentrism and modernity. It is underpinned by an economic narrative that is more faith than fact and demands accumulation and prosperity. Industrial society, that most formidable consumption machine is for that very reason the most terrifying destructive machine. Races, societies, individuals; space, nature, seas, forests and subsoil: everything is useful, everything must be utilized, everything must be productive, have a productivity driven to its maximum rate of intensity.

The partnership of societal, religious and industrial colonisation is both ethnocidal and genocidal. Indeed, reflecting back on the colonization experience in Aotearoa New Zealand, the imperatives of economic expansion combined with the profound ethic of humanism, as elsewhere, forbade our colonizers from “granting any respite to societies who abandoned the world to its original tranquil unproductivity.” (Mauss; 25)

As tāngata whenua, a capitalist commitment is at odds with our whakapapa [genealogical blood ties] because it is a commitment to accumulation which denies the protection and enhancement of the legacy of our future generations. A philosophy of accumulation is self-destructive and there is no mechanism for disposing of the excess we create. We will eat literally ourselves to death.

Briefly then, whakapapa, not production, is the foundation of koha, the Gift economy. Whakapapa is the original freely gifted personal communal experience. Consequently whakapapa educates us in a world view that teaches the importance of koha, the Gift in relation to a Creation narrative where all that we are is given freely. We did not create our world through effort and pride; we entered into a world already made and prepared for us. The capitalist ethic of production and growth seems prideful and foolish in light of that awareness.

Koha, that is a Gift economy, on the other hand, demands a system of essentially sacrificial destruction that ultimately breaks down class society and accumulation. The hākari (while problematic in a society of affluence which attempts to distort the occasion to a gluttonous event), is a common tāngata whenua tradition that exemplifies this sacrificial destruction. After all major meetings and events, the host people pour out beyond their means for their guests. This is done in the faith of a reciprocating relationship, and it is one mechanism that creates a need for that reciprocating relationship. It establishes the principle that any extra is to be gifted.

This is beautifully illustrated by Tamati Raniapiri in his explanation to Elsdon Best of the spiritual holism that underpins an economic reciprocity:

I shall tell you about hau. Hau is not the wind. Not at all. Suppose you have some particular object, taonga, and you give it to me; you give it to me without a price. We do not bargain over it. Now I give this thing to a third person who after a time decides to give something in repayment for it (utu), and he makes a present of something (taonga). Now this taonga I received from him is the spirit (hau) of the taonga I received from you and which I passed on to him. The taonga which I receive on account of the taonga that came from you, I must return to you. It would not be right on my part to keep these taonga whether they were desirable or not. I must give them to you once they are hau of the taonga which you gave me. If I were to keep this second taonga for myself I might become ill or even die. Such is hau, the hau of personal property, the hau of the taonga, the hau of the forest. (Mauss; 9)

So what is really happening is the exchange of symbols. The economic experience of koha is an exchange not of goods, but of relationships. Goods exchanged have no intrinsic value except as a symbol of relationship:

In the systems of the past we do not find simple exchange of goods, wealth and produce through markets established among individuals. For it is groups, and not individuals, which carry on exchange, make contracts, and are bound by obligations…. Further, what they exchange is not exclusively goods and wealth…. They exchange rather courtesies, entertainments, ritual military assistance, women, children, dances and feasts; and fairs in which the market is but one element and the circulation of wealth but one part of a wide and enduring contract. (Mauss; 3)

A capitalist worldview has created life from that which is dead: corporations are legal people; our markets operate apart from us. Capitalism has created a parasitical mockery of Creation. In our tāngata whenua worldview, our economy is integrated with every aspect of life. There is no valid division which allows one aspect of our life to operate separately from another. Further, the point of departure of our economic world view starts from our whakapapa to the divine, so our societal structures are based on faith principle rather than pragmatism.

Koha, the Gift is a subversive economic system. It removes power from the individual, the owner, the businessman, and invests that power back into a legacy and consideration of future generations, escaping a vicious circle of self-destructive behaviours, and establishing relationship and Gift as central to our society and our whakapapa. So the next time you are considering a koha, escape the every day; ask not, ‘how much is appropriate,’ but ask, ‘what can we offer to ensure this relationship is enduring?’

3 thoughts on “Koha: an alternative economy of hope & relationship”