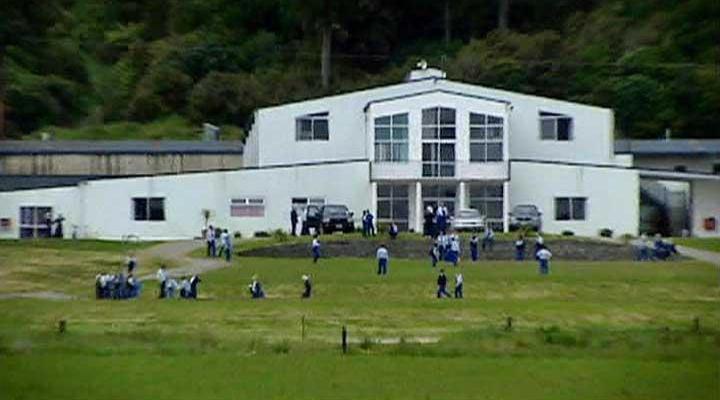 Campbell Live’s activist journalism has thrown a spotlight on the West Coast Christian community of Gloriavale. Anchored by the courage of Julia to tell a tragic and painful story and followed by the telling testimony of other ex-members, the claims are disturbing and myriad. The claims to date have included: bullying (particularly of young women); starvation; isolation for extended periods; physical punishment and assault; sexual assault and abuse; child sex abuse; benefit fraud; and indentured labour.

In response, last week the Police paid a “social visit” to Gloriavale after calling for ex-members to come forward with complaints. After the visit, Area Commander Canning commented it appeared to be “business as usual” at Gloriavale and Tasman District Commander Malthus said that whilst they were aware of  “certain allegations,” they wanted to “fully understand what these mean”. Meanwhile on Seven Sharp, clearly concerned they were losing the ratings war on this one, they did what can only be described as a puff piece with their two substantial interviews being a wide-eyed sychophant and part of the problem Fervent Stedfast.

Which all amounts to… not very much at all and lead my wife to ask this question: what if Gloriavale was a Māori community?

Imagine if you will a Māori community with leaders who feel they have heard from god and whose word is regarded as divine revelation. It’s run along values that include prescribed and gendered roles for men and women. The leaders speak frequently against the society outside the community and present themselves as a special people who have been set apart and chosen. They run a strict form of Māori justice that includes physical discipline, exclusion and community humiliation. They practice polygamy in family relationships and regularly marry their girls to older men of the community at the time they have their first period. All resources including money are pooled under the financial direction of the leaders; they also have their members apply for benefits and pool those benefits as part of those resources. There have been accusations of sexual and physical abuse from people who have left the community, and they all had to leave in secret. Due to public interest, the community has shut off the roads to their village and will not allow media or scrutiny unless it is through their leadership.

Imagine such a Māori community existed, and then answer this question: would the Police and media actions be to wait for members of that community to make complaints? Thankfully we don’t need to speculate about such a situation as they are well recorded in our national history.

The small Taranaki settlement of Parihaka was founded in 1866 by Te Whiti o Rongomai and Tohu Kakahi and grew to 2,000 people by the 1880s, Māori from a variety of iwi throughout Aotearoa New Zealand. The village was carefully planned and run, with more modern infrastructure than many other towns and cities in the country in that period. The men and women of the village produced enough food to feed themselves and at times sell food to New Plymouth. The community was run on faith-based and non-violent principles, and government encroachment led to the celebrated Parihaka campaigns in which they ploughed settlers’ farmland and later erected fences across roadways to impress upon the government their continued right to occupy land that was being confiscated.

All of this culminated in an invasion by 1,600 troops and cavalry on 5 November 1881. The soldiers were greeted with hundreds of skipping and singing children and then offered freshly baked bread on the women. Te Whiti and Tohu were arrested and jailed for 16 months, 1,600 Parihaka inhabitants were expelled and dispersed throughout Taranaki without food or shelter and the remaining 600 residents were issued with government passes to control their movement. Soldiers burnt the crops, looted and destroyed most of the buildings, chopped and burnt down the bush around the village, and assaulted the remaining women.

The small prophetic community of Maungapohatu in the Urewera forest was founded by Rua Kenana in 1908. Rua was a prophet and land rights activist who offered a millennial yet also practical vision for his followers. Maungapohatu was a harsh environment to live in, but again it was run along forward thinking lines of traditional practices and modern advances, most obvious in the architecture and horticulture. Rua’s prophetic message gave meaning to the harsh existence and hope for the future. Rua spoke about power sharing types of government which they modeled in Maungapohatu, and during World War I was outspoken about not joining the war.

It was this agitation that was, in many ways, the final straw for the government of the day. Using an old and farcical charge of grog selling, on 2 April 1916 a large heavily armed police party arrived at Maungapohatu to arrest him. So as not to alert the Maungapohatu village of their intention to spring an attack they did not wear their police uniforms till just before the raid. They had convinced themselves that when they reached Maungapohatu there would be an ambush. There was no violent resistance from Rua, though he objected to his arrest. The approach of the Police ultimately led to a  gun battle with the police, and Rua went on to serve a year in prison, the community was financially ruined and Pākehā education and religion were quick to fill the place Rua left.

The events in the communities at Parihaka and Maungapohatu are two of the more well-known instances of the approach the authorities, particularly the Police, take to Māori communities seeking to live a life apart from the wider community based on their own beliefs and approach. Lest you consider it old history and irrelevant, the Police raids in Ruatoki on 15 October 2007 indicate the suspicion of Māori communities is alive and well in Wellington. Remember residents of a whole Māori community were held at gunpoint whilst the Police, flushed with their new ant-terrorist powers, searched for terrorists in the mist.

The Police and other authorities’ impotence in light of the claims in Gloriavale is a telling example of the privilege of being Pākehā in our Aotearoa New Zealand. The hand-wringing about due process, the need to follow the law and the desire to protect the rights of people to live in the way they choose are all laudable values; Gloriavale is an intractable mess in that sense. I am certainly not encouraging para-military or Police raids of the Gloriavale community, though I do think that any community established by a convicted child sex abuser should not be allowed to dictate the terms of engagement with agencies.

However I am highlighting an uncomfortable reality in our country. If claims about a Māori community included bullying, starvation, isolation for extended periods, physical punishment and assault, sexual assault and abuse, child sex abuse, benefit fraud, and indentured labour, do you really believe the Police Area Commander would have made a social visit?

28 thoughts on “Would we take a softly, softly approach if Gloriavale was a Māori community?”

Socialist media project based in Aotearoa New Zealand and Australia