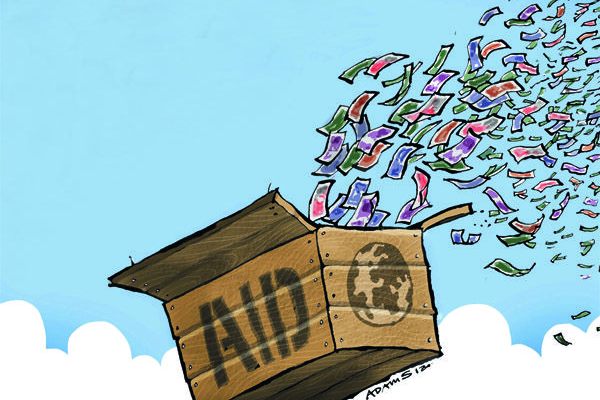 “It came so fast and so unexpectedly, the ferocity of what happened … and the fact that it continued for quite a number of days and there was no respite from the floods.”

“You’ve got to admire them, their places are wrecked and they’re still smiling, even though it’s a sad smile.”

These are two quotes from New Zealand ex-pats in the reporting about a natural disaster in the Pacific, though not the one you’re thinking of; these quotes are from the aftermath of Cyclone Daphne’s close shave with Fiji in 2012. The commentary follows an eerily similar pattern to what we should all be familiar with from Cyclone Pam:

Cyclone Pam follows this pattern exactly. Merely as examples from the myriad of reports, consider the following from Stuff’s coverage: the terrible deaths of locals commentated by and against the indepth case studies of ex-pats and tourists with trustworthy Western agencies’ views; John Key and Murray McCully’s altruism and concerns for the region; concerns about the inadequacies of the indigenous governments, in this case in Vanuatu; and on it goes. Read the New Zealand Herald coverage, watch TV One or TV3 for very similar reporting.

This is not an argument for stopping our reporting, nor for solely relying on Pacific commentators and officials in a region that is riven by corruption and poverty. This is a comment about us and our latent colonialist attitudes. Our media are the public face of our deeply held private views: New Zealand, and by extension we have the right to stand above the experience of Cyclone Pam and gaze upon the Pacific peoples in kindly judgement and paternalistic concern. We have that right because our colonial history in the Pacific is actually our Pacific present: we believe ourselves smarter, richer, more developed, indeed superior. The poverty and failure of Pacific peoples in New Zealand has merely confirmed our nasty little belief. Helen Clark’s apology to Samoa is a stand out not because it ended colonialism, but because for one moment a leader in our country tried to treat her Pacific counterparts as equals, a mistake that neither McCully nor Key have made themselves.

Before you blow a vein because you donated to Unicef out of the goodness of your heart even though you have bills to pay and your kids’ soccer fees are due, ask a simple question. How would we have accepted an article in the media about the horrific earthquake in Christchurch that had followed the pattern:

185 Christchurch residents perished in the February 2011 earthquake. Thousands remain displaced. Vanuatu ex-pat Joseph Vila, a factory owner who employed 100 Christchurch residents, said he was unsure if his factory could be re-opened and felt for those now without a house. He was waiting a military flight home along with dozens of other ex-pats. A substantial delay in aid was blamed on the New Zealand government which had established a new body CERA to manage aid and rebuilding, with Minister in charge Gerry Brownlee expecting aid to flow in the next 48 hours. The Christchurch based director of World Vision, Fijian Frank Bula, expressed his concern at the government’s response but accepted that given their pre-quake capability, it would be a slow road. The earthquake is predicted to impact on the Pacific economy as many seasonal workers will no longer be able to rely on employment in Christchurch, but the Samoan Prime Minister has said the first concern is to support the devestated city, “in our region, we need to respond appropriately, and put aside concerns about the inadequacies of the systems in New Zealand.”

I suspect we may have taken offence. Who would the Pacific nations be to stand in judgement of us? What of our autonomy, of our vaule contribution in the region? What of our stories? What of our experiences?

Our assertion of being partners in the Pacific is not borne out by our approach to the Pacific. Racist and colonialist, we link our aid to our expectations of development, we link our aid to the benefit to the New Zealand economy, we actively vote against every initiative of the Pacific to deal with the geopolitical stresses in the region, in this instance climate change. We are at best an abusive partner; at worst we are colonial masters in all but name.

So what to do? Absolutely give aid to Vanuatu, to Kiribati, to Tuvalu and all those affected by Cyclone Pam. Campbell Live’s heartwarming and powerful fundraising needs to be one of many efforts. Vanuatu, Tuvalu and Kiribati communities resident in New Zealand should be the ones providing advice and channeling the aid to their homes; what does Murray McCully know that they don’t? Contact those communities in your cities and support them; they will tell you which charities are effective in their communities at home. McCully should be in Vanuatu standing beside the Prime Minister of Vanuatu and showing the faith and trust to put our people under their command and control structure. Fly the displaced residents of Tuvalu to camps here in New Zealand until such time as infratructure can be re-established at home for them. And finally, John Key should be backing the leaders of the Pacific who have pointed to climate change as the heart of the problem that will lead to more and greater Cyclone Pams.

All in, or go home. Our brothers and sisters of the Pacific need us, not as the overbearing parent, but as helper, friend and stalwart supporter.

P.S. By the way, those people in the Pacific who smile through disasters? In a small community, you quickly come to realise that whilst you are individually in horrible anguish, it serves nothing to those around you to dwell on it and make them suffer as well. So you smile; you smile like your life depended on it. In an individualised society like New Zealand, the tendency is to think our individual pain matters; turns out it’s secondary to a functioning community. What it most assuredly doesn’t mean is that the people in the disaster zones are happy.

One thought on “The lessons of Cyclone Pam: empathy and colonialism”