A Statement of Performance Expectations (SPE) provides the Charter and principles, the Strategic Priorities, the outputs, the targets, and the financial planning. For the past two years, Radio New Zealand’s SPE has attempted to hide a special secret project, cleverly obscured behind the title: RNZ Māori Strategy.

What can they mean by this? What awful social experiment could they be wanting to visit upon the unsuspecting listeners of Radio NZ?

Settle in, gentle reader, shit’s about to get real.

In 5 (g) of their SPE 2017 – 2018, out of left field they say that they will “reflect New Zealand’s cultural identity, including Māori language and culture.”

But sit down buddy, because it turns out this isn’t a new fangled idea; some crazed liberal snuck it into Section 7 of the Radio New Zealand Act 1995 which says they will provide “programmes which reflect New Zealand’s cultural diversity, including Māori language and culture.”

Who was the marijuana addled Minister who was responsible for the legislation? It was this damn hippy: Maurice Williamson. I should’ve known. I bet he’s related to Hone Harawira he’s such an activist for te reo Māori. 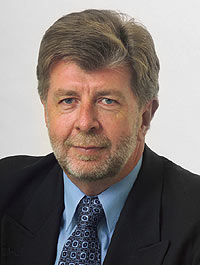 Anyway, after that shock, if you can stomach it, carry on to the secret project I mentioned above: RNZ Māori Strategy. It’s almost unintelligible there’s so many Māori words on page 14. I tried to count them, got past the fingers on my hands and lost count, but trust me, it’s a lot (word to the wise: don’t go to their 2015-2016 Annual Report – it has a whole page in te reo Māori with no translation).

They outline a number of initiatives (What a sinister word; I bet Kim Jong Un has ‘initiatives’):

What is the world coming to. I mean look at that last one. If I’ve said it once I’ve said it a thousand times: it’s opportunities like the Internship that lead to future journalists just like Mihingarangi Forbes. Who the hell needs more investigative journalism, insightful questioning and human emotion?

What’s worse, this has been the strategy for two years! And why have you not seen this? Well, like every publicly accountable Crown entity, Radio NZ were suppressing it on their website and in their corporate publications.

It’s lucky I’ve studied the Deep Web so they couldn’t hide it from me. I went to a site called Google, typed in “Radio NZ maori” (NB I wasn’t going to be forced to use a macron or a capital M) and had to trawl through to the third search result which was also highlighted as a Top Story.

Radio NZ’s CEO Paul Thompson might’ve thought he covered his tracks with smoke and mirrors like:

“RNZ has a statutory duty set out in its charter to “reflect New Zealand’s cultural identity, including Māori language and culture”. That is why we adopted a Maori strategy last year.”

I’ve been around the block a few times, Paul. You’ll have to work harder than that to fool me.

Clearly Radio NZ has been going behind our backs since 1995. It’s like they ignored the new normal that Don Brash so eloquently outlined at Orewa in 2004.

But try as they might at Radio NZ, the defenders of all that is Right and right are on their trail. Don Brash has vomit on his sweater he’s so disgusted and sickened by te reo Māori on the airwaves. As he quite rightly responds when it was suggested he learn some te reo Māori: “Why should I? Why should I?”

His cutting use of anecdotes blew the actual factual evidence that Radio NZ has the largest station share of any radio station right out of the water. As John says, woe betide them and their little “language experiment,” the “antithesis of public broadcasting.”

Enough of the PC madness. It’s this kind of crap that will undo 175 years of carefully planned colonisation and assimilation. Our ancestors didn’t rob, steal and abuse Māori for namby pamby broadcasters to start trying to form some kind of national identity.

I can think of no better way to sign off than the sober reflections of Dave Witherow:

English is our daily language. It is spoken by every New Zealander, and is a passport to access and understanding all around the world. Those who prefer te reo have a right to their choice, but not to insist on inflicting it on the English-speaking majority.

[The header image is “exploding radio” by Rutger Prins]

Socialist media project based in Aotearoa New Zealand and Australia